Colonel Hullinger enlisted in November 1966 and went to Boot Camp at Parris Island. He served with 5th Light Anti-Aircraft Missile Battalion and was meritoriously promoted to LCpl. He was selected to attend Officers Candidate School (Boot Camp Twice!) and Commissioned a 2nd Lieutenant in January 1969.

He arrived in Vietnam in 24 December 1969, serving with MASS-3 and MWCS-18 in the 1st Marine Aircraft Wing. He extended his tour to transfer to the 1st Marine Division, serving as Operations Officer and XO of Division Communications Company and Radio Relay Officer of 7th Comm Battalion. He was in the last Marine Ground unit to leave Vietnam in June 1971.

Colonel Hullinger was discharged from active duty in July 1971 and joined MWCS-48 in the 4th Marine Aircraft Wing. He served in several platoons and as Operations Officer and XO. He then served with 4th Marine Division Headquarters and Headquarters Marine Corps.

He returned to MWCS-48 in 1989-91 as Commanding Officer. Part of the Squadron was activated for Desert Storm. He was promoted to Colonel in 1990.

Colonel Hullinger then served MARFORLANT at Norfolk and Camp Lejeune. He completed his 32 years of service as the Senior Officer in the Amphibious Warfare Technology Directorate at Quantico. He retired in 1999.

In civilian life he is a city planning consultant. He has served as a city manager and county planning director. He is Vice President of Sarasota Sister Cities. He is married to Beth Ruyle Hullinger and the father of Leigh Ann and Bret. 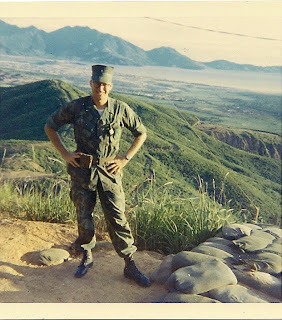 He enlisted in 1966, completing active duty in 1971, and then served in the Marine Reserve until 1999.  Promoted from Private to Lance Corporal.  Commissioned in 1969 as a 2nd Lieutenant. Served 18 months in Vietnam. Trained as a Communications Officer, with additional background in Air Control, Electronic Warfare, and Exercise Planning and Evaluation. 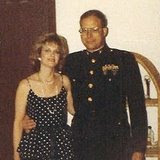 Promoted to Colonel in 1990 while serving as Commanding Officer of MWCS-48. Served as Reserve G-6 MARFORLANT at Camp Lejeune. Senior Officer in the Amphibious Warfare Technology Directorate at Quantico.

Married to Elizabeth Ruyle, with 2 children:

1987    Steel Thrust Controller for Detachment 4 of Headquarters 4th MarDiv. Served as Playing Surface Controller for 5 Steelthrust exercises.  Served on the Marine Corps Scholarship Committee, and as Sgt at Arms of the Chicago MCROA Chapter.  Attended Command and Staff College Phase 2. Wrote unit annual report and Command Chronology. Wrote a position paper proposing the establishment of a Reserve Radio Battalion, and a defense scenario for the BSSG.

1995-1999  Served as the Senior Military Officer in the Amphibious Warfare Technology Directorate. Participated in the development of numerous high tech systems designed to improve combat ability. Initiated the development of a computer game for Marines to enhance their understanding of warfare tactics.  Performed last drill day in Danang, RVN, before retiring in 1999.

Feasibility study for the establishment of a Detachment of MWCS-48, 1983

Point Paper on the merits of establishing a Reserve MAB in northern latitudes, targeted for cold weather operations, 1986.

Position Paper on the establishment of a Reserve Radio Battalion, 1987.

Point Paper for the establishment of a Joint Serve War Fighting School, 1988.

Program of Instruction (POI) for the establishment of a Marine Corps School to train Base Communication Electronics Office personnel, 1989.

I have taught numerous classes and short courses to members of my units and to Marines in the field.  I have written and implemented the Electronic Warfare Annex for several exercises. The Exercise High Intercept at Cherry  Point was  a  high  point, where  electronic warfare was a principle portion of the exercise, and where Radio Battalion told us that we were the best unit  hat they had ever worked against.  I received a letter of commendation from CG 4th MAW for these efforts.
hullingermarine.blogspot.com